SHARES HER LOVE FOR TEXTURE

With experts predicting it will break $1 billion at the box office (source: Forbes), Black Panther is the highest grossing Marvel Cinematic Universe movie — ever. And forgive us for having a one track mind but have you seen the HAIR in this film? Never has textured, natural hair been more celebrated and we can’t get enough. We sat down with Black Panther’s lead hairstylist Camille Friend to talk about the groundbreaking natural hair looks.

Aveda: Camille, thank you so much for agreeing to talk with us today. We are huge fans of Black Panther and obsessed with the looks you created. So, you grew up in a family of hairstylists in Tempe, Arizona?

Camille Friend: I did. There is no other profession I ever wanted to do. I was born to be a hairstylist, I know that for a fact. We call it “the family trade.” I had the greatest upbringing — I grew up in the salon. I grew up playing with hair. My mom was also a strict disciplinarian, and you definitely need discipline to work in this industry and wake up at three o’clock in the morning.

A: And did you move to LA to work in film?

CF: Ha! No. I was in love. I wish it were more glamorous. I moved to LA for love and then I worked at salons in LA, and learned so much working with all the talent that’s out there. And then one day, just through the relationships I was building with my clients, I was called to work on a couple of videos, and then a movie, “A Thin Line Between Love and Hate.” And originally, it was just a little independent movie, but it turned union, so I got into the union. Just like that.

CF: Well, and this is a crazy story, but this actress Simbi Kali, she was a day player and she said, “Hey, I’m working on this TV pilot and they said I could have a hairstylist — do you want to come?”

CF: And I was so naïve, I was like, “yeah sure, I’ll go.” But of course it changed my life. I bought my first house, I was nominated for an Emmy and that show became like my family.

A: So, when you began working on Black Panther, you asked the actors to come with their natural hair. What inspired that?

CF: Well, I knew from the beginning that I wanted to do a movie based in natural hair. There has never been a movie that shows African culture in modern times. You never see Africa like it is today. It’s thriving, it’s growing, there’s technology. Wakanda is a technologically advanced society. It was a huge opportunity to show African culture in a new way.

A: What does natural hair represent in the film?

CF: Natural hair in the movie, and really the whole natural hair movement, I think, is about self-realization. Self-actualization. It’s people looking in the mirror and saying, “I love myself. I love my own, natural hair. I love and accept myself.” I think that’s a big part of it. And for me, from a design standpoint, I wanted to see texture. Curly texture, kinky texture. I love texture. We kept the natural components of the hair and achieved textured looks through braids, dreds, locks and twists.

A: What was the actors’ reaction to being asked to have their hair natural?

CF: They were really happy. Most of them actually already had natural hair. And they knew that they could walk in the trailer and that we had the staff and the knowledge to really take care of their natural hair. To comb it, to style it. They found an ease with me, and with all of my great staff, because they could give us total trust.

A: When you’re designing the hair looks for a film, what’s important to you?

CF: There’s a couple of different things I consider. In designing Black Panther, it came to me in three components. First there was Africa, and tribes. I looked at all kinds of tribal cultures, not just in Africa but in India. Eskimos. The second component was the natural hair movement and the Afro-punk movement. I mean, in the Afro-punk movement, it’s hip, it’s funky, and the hair — it’s all about creating your own look and saying, “I accept me for me.” The third component was the future. Wakanda’s technology is more advanced than anything you’ll ever see, so I had to think about it as the future, you know? What is the future? I watched lots of movies, older movies about future worlds. I got so inspired watching movies that have tried to define what the future looks like.

A: What do you think it means to people to see a movie with a whole cast wearing their hair natural?

CF: I think it’s really very today, very now. People are seeing how many ways you can style natural hair. It’s very versatile, your hair doesn’t just have to be an afro. I’m hoping it will open people’s minds and show them that working with natural hair and styling it is something we can all learn how to do.

A: A lot of people think of you as a hero for creating these looks that celebrate natural hair. Why do you think natural hair is so important to people?

CF: You know, people today want to be sugar-free, gluten-free, they’re getting away from things that are less natural or that might be bad for them. They want their lives to be streamlined, and they’re taking out the junk, and that applies directly to hair. And with this movie, we’re able to show that natural hair can be glamorous. It is glamorous and beautiful.

A: So, for women who are seeing the movie and getting inspired, do you have any advice for transitioning to natural hair?

CF: Yeah, people have all different ways to do it. One way is “the big chop.” But I think, if you’re not into the big chop, you can look at growing your hair out in protective styles like braids, or getting your hair twisted until you get it to a comfortable length.

A: Besides the basics of twist-outs and bantu knots, what styles do you recommend people with natural hair try?

CF: Well, one of the things we did in the film with Nakia was what we ended up calling a “Wakanda Knot.” It’s actually a really simple knot, and it’s really professional. You shampoo and condition the hair and apply the product of your choice, and then you take small sections of the hair and twist it onto itself. And once the hair is twisted onto itself, then you roll it down into a cinnamon roll type of shape. You do that all over the head in small sections, and then allow it to dry, either air dry or dry it sitting under the dryer. With that type of style you have to give it time to really dry and set — that’s how you get the best results.

A: Incredible — thank you so much for sharing that with us!

CF: Of course! You know, I have to say, not all movies are in your heart, I’m just being honest. This movie is in my heart.

We’re so grateful to Camille for the interview and for the inspiration. If you haven’t seen Black Panther yet, you are in for a treat. Be sure to check out the gorgeous hair — and if you’re wearing your hair natural, share it with #avedatexture so we can see your look!

LOVING THE HAIR IN BLACK PANTHER? 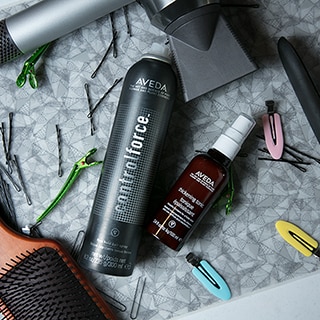 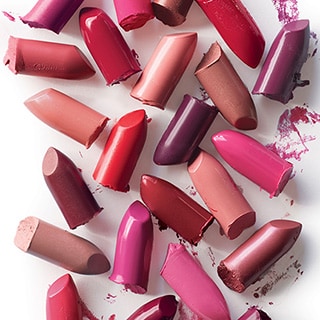 9 Lipsticks to Wear No Matter Your Mood 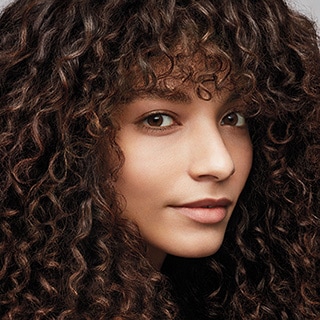 The Secret to Great Hair Color 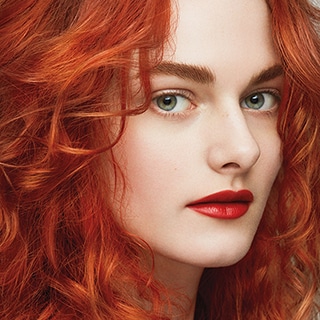 The Science Behind Color Harmony